Sawaddee! Hello!
Welcome to Thailand! Sawaddee is an all-purpose greeting that can mean good morning, good afternoon, good evening, or good night. By putting your palms gently together under your chin with your head tilted slightly forward, you have greeted your hosts with the wai (form of greeting) that is used in Thailand. If you want to be even more appropriate, use the wai and say “Sawaddee krup” (if you are a man) or “Sawaddee ka” (if you are a woman). With this greeting, you have not only shown respect to your host, but you also have started your amazing adventure into the exploration of Thailand. 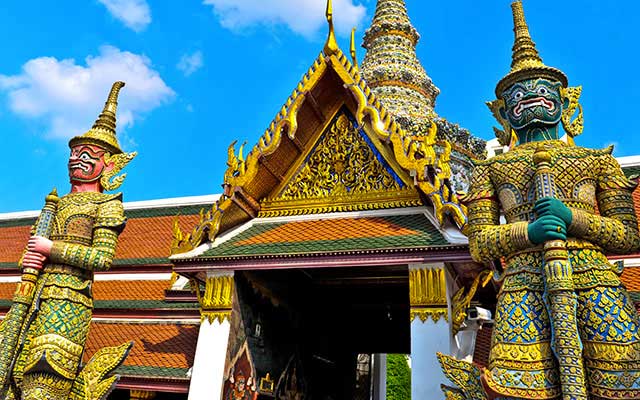 Thailand was formerly known as the Kingdom of Siam until the country’s name was changed to Thailand in 1939. This fascinating country is an ancient place with hospitable people and a complex culture that dates back more than 800 years. 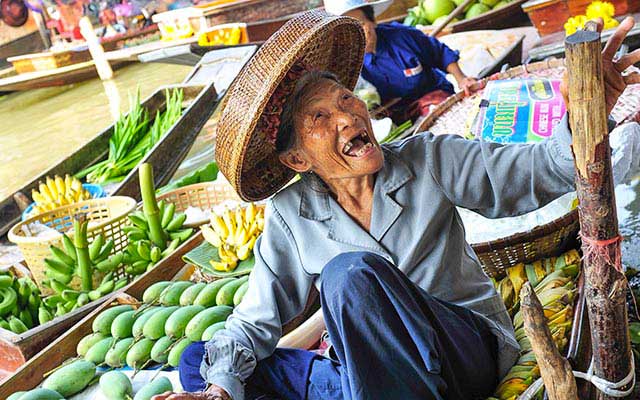 The list of cultural what to do’s and what not to do’s is extensive, but the Thai are very accepting of foreigners who try to participate. For example, one should not touch the head of a Thai person. Most Thais are Buddhists, and the head, being the highest part of the body, is considered sacred. At the other end, the feet—being the body’s lowest point—are viewed as being dirty. Thus, a person should never expose the bottom of his or her feet or shoes to others; neither should feet be used to point at someone. These customs also apply to statues of Buddha and even photos of the king. Another cultural practice is to not wai a child, because it is considered bad luck. These are just a few of the interesting cultural practices of the Thai people.

Exploring Thailand is truly a unique experience. For example, in the north, there are several hill tribes, such as those of the Karen people, who live in both Thailand and Myanmar (formerly Burma). Each tribe possesses its own culture and cultural practices, including some that are quite unique. The Karen Padaung tribe, near the city of Chiang Mai, is quite small, but is well known because of their long-neck women. Brass rings are added each year to lengthen the neck of women, which is regarded as being a sign of beauty. A long-neck woman in Plam Piang Din Village wears an incredible 37 brass rings! In another Karen tribe, women wear carved elephant tusks in their ears as a sign of beauty and are often called Long-ears. Not all Thai people are like the Karen tribes, today, most Thai people live in cities or agricultural areas in this tropical country.

Bangkok is the capital and the largest urban center. It is an amazing city with world-class transportation, banking, industry, and services. At the same time, it is a city choked with traffic and pollution. Modern vehicles crawl along the roads fighting for space with three-wheeled taxis called tuk-tuks. These vehicles can provide a visitor with an unforgettable, yet sometimes frightening experience. 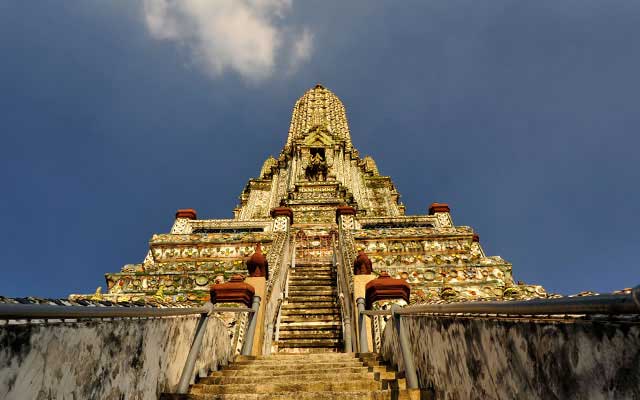 Thailand is a treasure trove of culture, history, and amazing physical geography. This Southeast Asian country stretches from the mountains of the north to the gorgeous white sand beaches in the south. It extends from the vast Khorat Plateau region and the Mekong River in the northeast to the mountainous and often contested border region with Myanmar to the west. Four countries border Thailand: Myanmar to the west and northwest, Laos to the northeast, Cambodia to the east, and Malaysia to the south. The Andaman Sea and the Gulf of Thailand are respectively on the west and east of peninsular Thailand.

Thailand’s history has proven to be like a walk on a tightrope. It is the only Southeast Asian country that was not colonized by Europeans. To avoid colonial occupation, the country’s kings often danced a fine line between the European powers and played them off against each other. This high-wire tradition of maintaining political independence was evident during both twentieth century World Wars. In World War I, Siam joined the Allies in 1917. In World War II, Thailand first became an ally of Japan and intended to declare war on the United States and the United Kingdom. However, the Thai ambassador to the United States refused to deliver the declaration, so the United States never reciprocated by declaring war on Thailand. This strange turn of events was one of the most interesting diplomatic feats accomplished by a country during the twentieth century.

Revolving civilian and military governments have typified Thai politics in the twentieth century. The government has recently been a constitutional monarchy ruling under a constitution that was adopted in 1997. However, a military coup in 2006 suspended that constitution. The primary source for stability during Thailand’s turbulent times has been the king. At times, he has taken the side of either the military or the civilian government. The king’s power is tremendous, although not necessarily drawn from the constitution.

Thais have a level of respect and reverence for their king that is virtually unmatched in the world today. Some view him almost as a god. Fortunately, most of the kings have been very benevolent to the people and have acted in their best interests. King Bhumibol Adulyadej, was the longest-reigning monarch in the world today. He was born in 1927 and he assumed the throne in 1946, making him also the longest reigning monarch that assumed the throne as an adult. A major celebration took place in 2006 to celebrate his sixtieth anniversary as king. King Bhumibol Adulyadej reigned for 70 years and 126 days, until he passed away on October 13th, 2016. He remains extremely popular with the people of Thailand, and they consider him to be the reason that their democratic government was installed in 1992. His son, the present King of Thailand, King Maha Vajiralongkorn, accepted the throne on December 1, 2016, as the oldest Thai monarch to assume the throne. King Maha Vajiralongkorn’s coronation ceremony will take place, this year, from May 4th to 6th, 2019.

The Songkran Festival is also known as the water festival and the new year festival. Regardless which title is used, the event, which takes place in mid-April every year, is the most important and celebrated event for the Thai people.