The northern capital, Chiang Mai is a dynamic and modern city which has successfully managed to combine its rich history and traditions with its increasingly modern side. Surrounded by a ring of mountains, Chiang Mai offers both fascinating architecture and stunning panoramas. An important Buddhist center since the 14th century, Chiang Mai is home to more than 300 temples. Many visitors come here to attend meditation retreats, massage sessions or yoga lessons. However, active travelers’ main interests are exploring the hill tribe villages. Visitors can trek by foot through the lush countryside, raft down jungle rivers and meet the residents of isolated ethnic minority villages. Those interested in handicrafts will enjoy visiting centers specializing in silverwork, woodcarving, pottery making and weaving. The Night Bazaar, a series of covered markets, is worth visiting for the bustling atmosphere and to see the variety of hand made products.

In the North of Thailand, it stays mostly dry between November and April. The wet season begins in May and normally will run through October, with August and September experiencing the most rainfall. The climate remains hot and humid across both the wet and dry seasons. The rainfall that you will experience is realistically only one to two hours of rain per day, on the plus side these short-lived rains are how the rainforest is able to flourish. 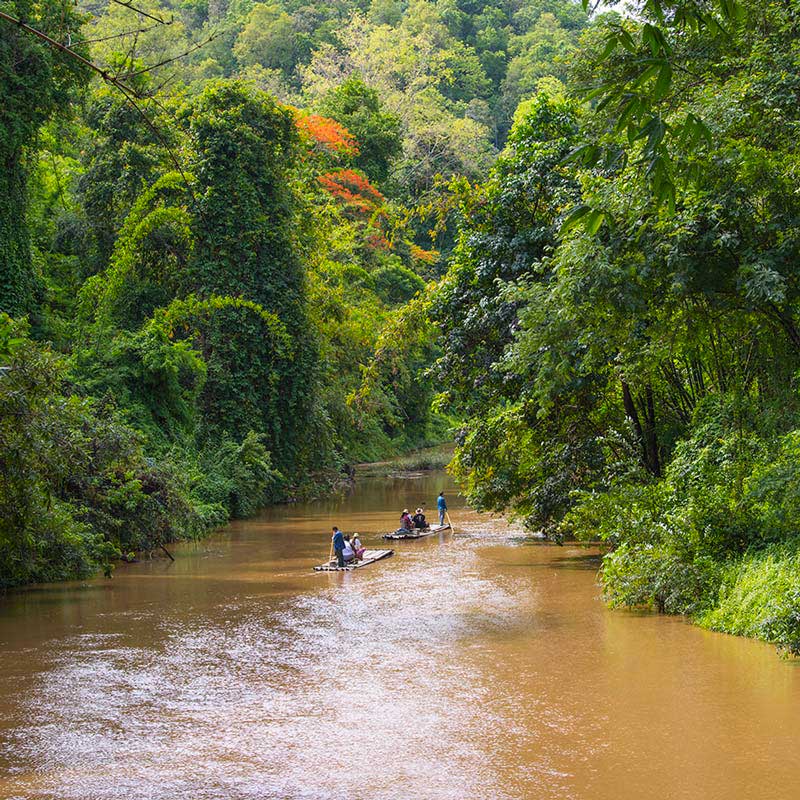