The city is named after the Mỹ Tho river, which means Beautiful Tree. Mỹ Tho was founded in the 1680s by Chinese refugees fleeing Taiwan when the general of the Qing Dynasty Shi Lang defeated the remnants of Southern Ming Dynasty in 1683. At the time the area was a part of the Khmer kingdom, however it was annexed to Vietnam in the eighteenth century.

Mỹ Tho was the traditional gateway to the Mekong Delta, due to its close proximity to Saigon. In the seventeenth century, the city had become on of the biggest commercial hubs in today’s Southern Vietnam

In the 1860s, Mỹ Tho, along with Saigon, was a major city during the French colonial campaign towards Vietnam. France’s capture of Mỹ Tho, in 1862, is regarded as the conclusion to the establishment of the French colony of Cochinchina, a development that inaugurated nearly a century of French colonial dominance in Vietnam. During the colonization period the economy continued to prosper, attracting more immigrants, mainly from Teochew and Minnan. In 1876, Mỹ Tho province was established as one of six provinces in southeast Vietnam.

There is much less rainfall in the winter than there is in summer. The wet season tends to be overcast and the dry season partly cloudy, however it is hot year-round in My Tho. Temperatures typically varying between 22.2°C and 33.3°C (72°F and 92°F) and the average annual temperature is 27.4°C (81.3°F). February is the driest month with an average of 1 mm of rainfall and October experiences the most rainfall with an average of 260 mm. The warmest month is April with temperatures of 28.9°C (84°F) and the January tends to see the lowest temperatures, although its average low is 26.1°C (78.98°C). Early December to late March is the best time for hot weather activities. 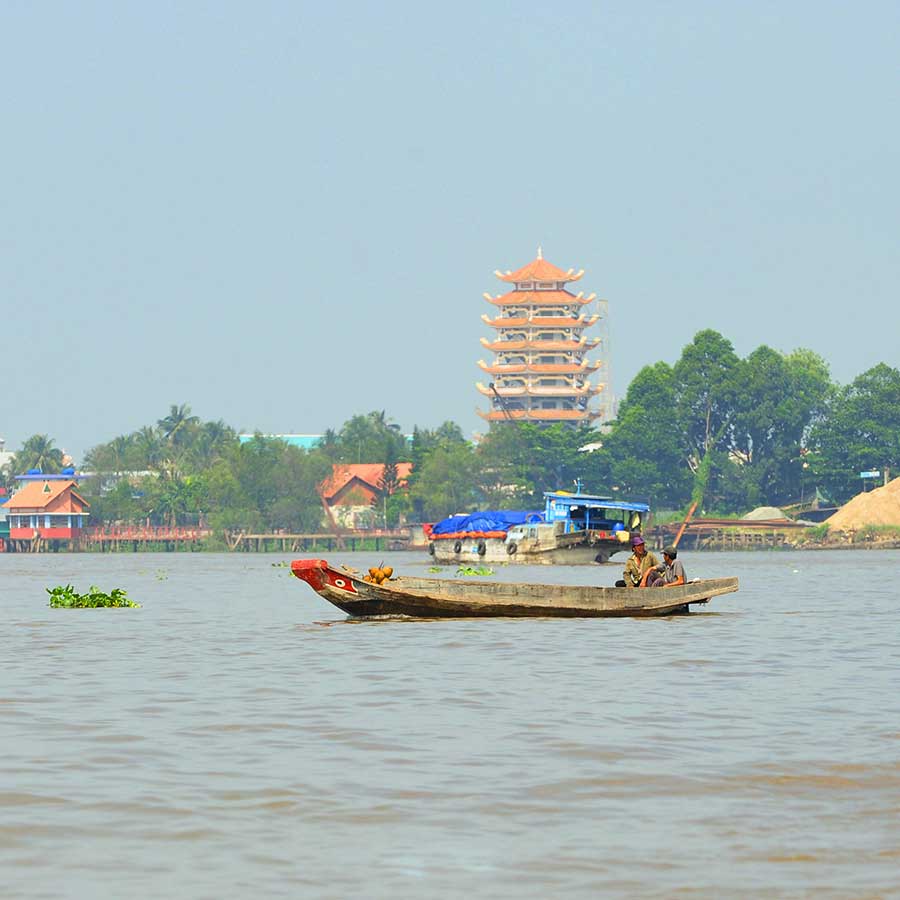 Climate chart in My Tho