Few countries have changed as quickly in recent years as Vietnam. Only thirty-odd years after the brutality and trauma of the American War, this resilient nation is optimistically moving forward. It is a country on the move: access is now easier than ever, roads are being upgraded and hotels are springing up. Vietnam’s jubilant entrepreneurial spirit is once again alive as the redundant Communist system gives way to a socialist market economy. With ever increasing numbers of international tourists, word is out that this is no longer a land decimated by bomb craters and unexploded ordinance. Instead Vietnam is a country of shimmering paddy fields, sugar-white beaches, modern cities and ancient pagodas. 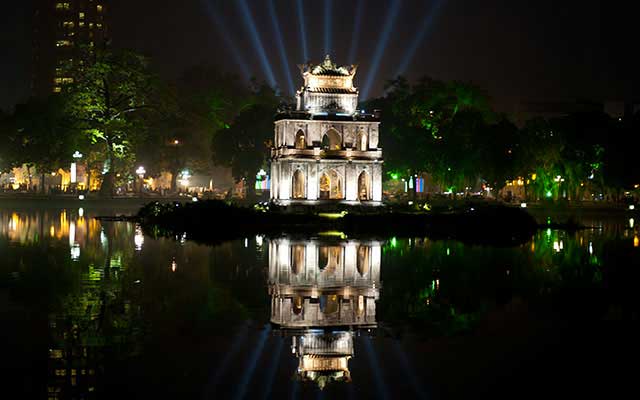 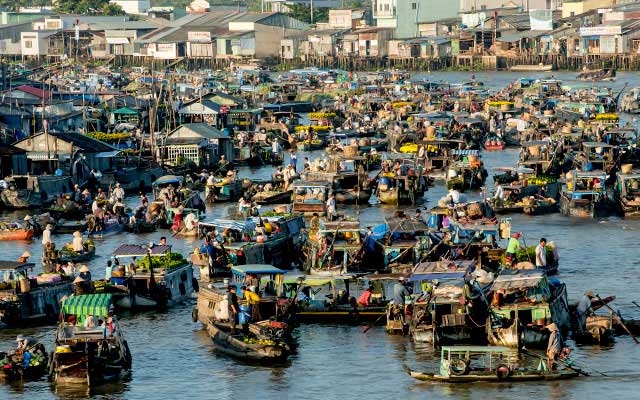 Few countries have changed as quickly in recent years as Vietnam. Only thirty-odd years after the brutality and trauma of the American War, this resilient nation is optimistically moving forward. It is a country on the move: access is now easier than ever, roads are being upgraded, hotels are springing up and Vietnam’s jubilant entrepreneurial spirit is once again alive as the redundant Communist system gives way to a socialist market economy. With ever increasing numbers of international tourists, word is out that this is no longer a land decimated by bomb craters and unexploded ordinance but of shimmering paddy fields and sugar-white beaches, modern cities and ancient pagodas.

The speed with which Vietnam’s population has been able to put the bitter events of its recent past behind them often surprises visitors who may be expecting to encounter some resentment of the West. The year 1975 saw the reunification of North and South Vietnam, ending twenty years of bloody war. A decade or so of hardline centralist economic rule followed, giving way in 1986 to the economic reform of “doi moi” (renovation). This heralded a renaissance for Vietnam, and today a high fever of commerce grips the nation: from the flash new shopping malls and designer boutiques to the hustle and bustle of street markets and the booming cross-border trade with China. From a tourist’s point of view, this is a great time to visit – not only to share in the sense of vitality and optimism, but also to witness a country in profound flux. Inevitably, that’s not the whole story. Doi moi is an economic policy, not a magic spell and life, for much of the population, remains hard. Indeed, the move towards a market economy has predictably polarized the gap between rich and poor. 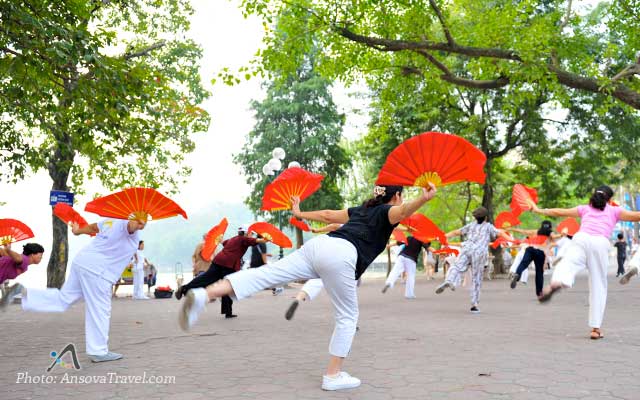 There is an equally marked difference between north and south, a deep psychological divide that was around long before the American War and is engrained in Vietnamese culture. Northerners are considered reticent, thrifty, law-abiding and lacking the dynamism and entrepreneurial know-how of their more worldly-wise southern compatriots. Not surprisingly, this is mirrored in the broader economy. The south is Vietnam’s growth engine, it boasts lower unemployment and higher average wages and the increasingly glitzy Ho Chi Minh City looks more to Bangkok and Singapore than Hanoi.

Many visitors are drawn to Hanoi, Ho Chi Minh City and the other major centers; however, despite the allure of the big cities, it’s the country’s striking landscapes that are the most impressing. Vietnam occupies a narrow strip of land that hugs the eastern borders of Cambodia and Laos. It is hemmed in by rugged mountains to the west and the South China Sea to the east – or the East Sea, as the Vietnamese call it. To the north and south of its narrow waist, it fantails out into the splendid deltas of the Red River and the Mekong. It is in these regions that you’ll encounter the paddy fields, dragonflies, buffalo and conical-hatted farmers that constitute the classic image of Vietnam. 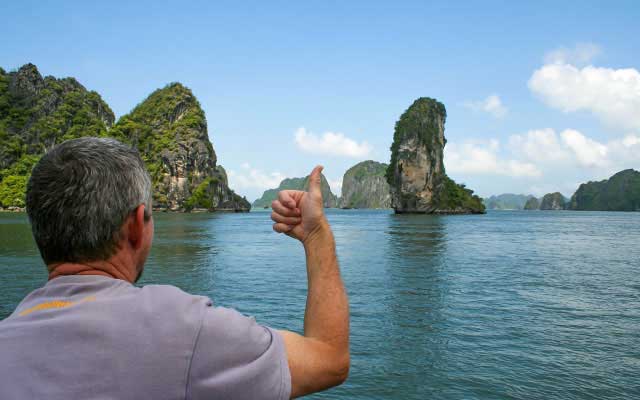 In stark contrast to the pancake-flat rice-land of the deltas, Ha Long Bay’s labyrinthine network of limestone outcrops loom dramatically out of the Gulf of Tonkin – a magical spectacle in the early morning mist. Any trip to the remote highland regions of central and northern Vietnam is likely to focus on the ethnic minorities whom reside there. Elaborate tribal costumes, age-old customs and communal longhouses await those visitors adventurous enough to trek into the sticks. As for wildlife, the discovery in recent years of several previously unknown species of plants, birds and animals speaks volumes for the wealth of Vietnam’s biodiversity. This makes the improving access to the country’s several national parks more gratifying.

Have you ever been to Ha Noi? if Yes, share your experience with others!

The Passage of Time

The new year of 2019 is well underway. However, in Vietnam, the old year is just ending and preparations for the Lunar New Year – Year of the pig, commencing February 5th, take center stage. Vietnam along with many Asian countries, marks the passage of time using simultaneous calendars. While the Gregorian calendar…