The Ho Chi Minh City skyline has been reshaped following the frenetic development of the past decade. At street level, much of the past’s brick and mortar has been demolished to give rise to air-conditioned, steel and glass towers. With the global economic downturn, the appetite for construction is temporarily suppressed and lovers of heritage architecture can breathe a collective sigh of relief.

In this post we pay tribute to the city landmarks that have endured the turbulent passage of history. 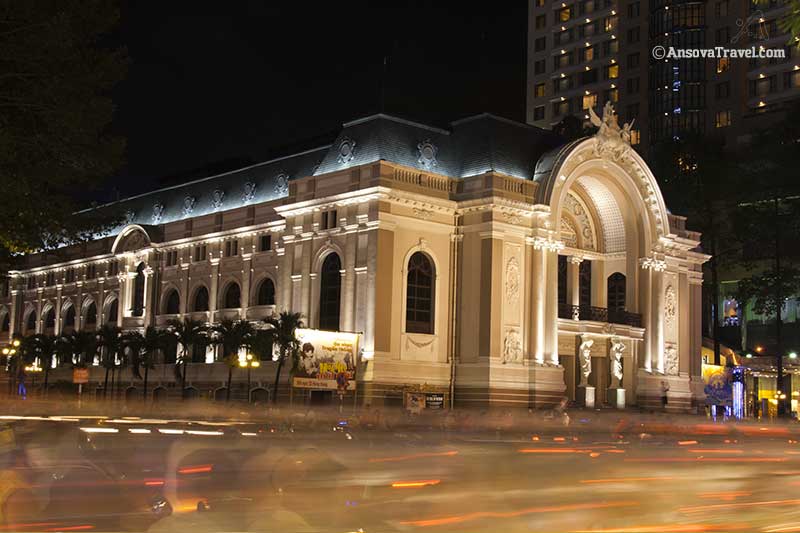 The centerpiece of Lam Son Square, this 116-year-old theatre is the historic heart of the city. Semi-clad Caryatids stand sentinel over the entrance and winged angels rest atop the central arch. Designed by the French architect Eugene Ferret in 1897, the 500-seat opera served the middle class during the French colonial period. The interior is as impressive as the exterior, with tiered balconies and Greco-Roman design. 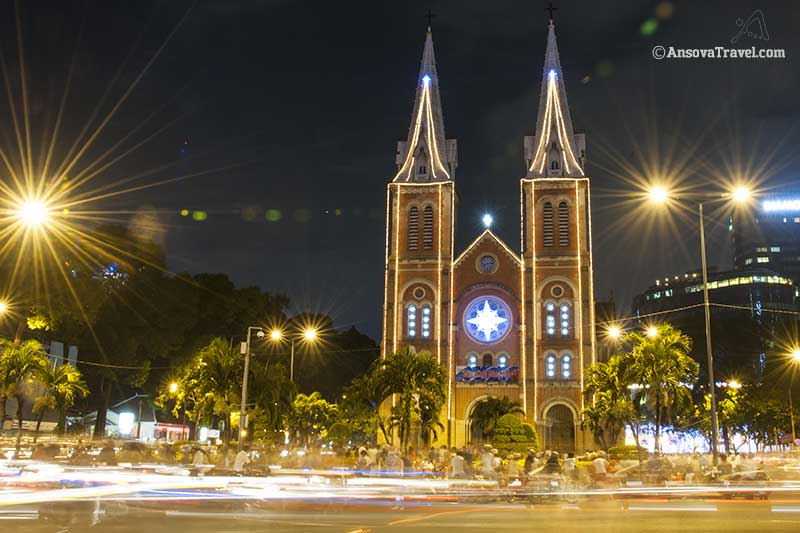 Officially known as the Basilica of Our Lady of The Immaculate Conception, Graham Green referred to it as “that hideous pink cathedral” in The Quiet American. Apparently completed on Easter Sunday of 1880, the red bricks ensure it continues to stand apart from the built surrounds. Uniquely, all the materials used during construction came from France, with the red bricks originating from Marseille. 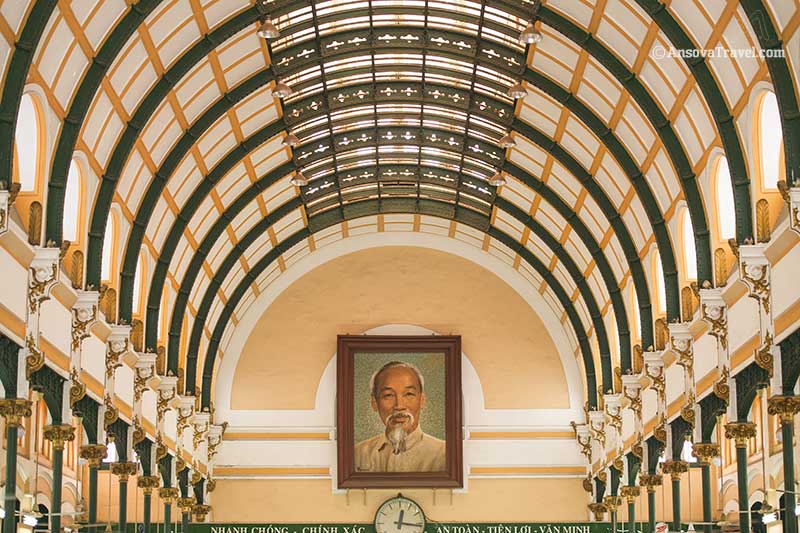 Completed in 1891 by Gustave Eiffel, who had just two years earlier erected the world’s tallest structure, the Eiffel Tower and thus cemented his name in history. The vaulted roof of the interior resembles a 19th century railway station ~ all round it’s a gorgeous building. 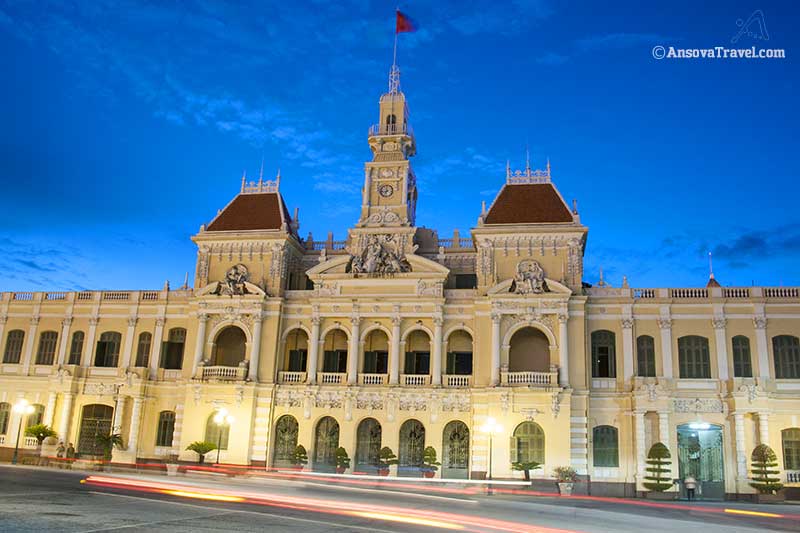 Formerly known as the Hotel de Ville, this classic French colonial building was constructed at the turn of the century, around 1898. Today it is the seat of city governance and unfortunately closed to the public. The small park in front features an impressive statue of Ho Chi Minh in a tender, seated pose.

Overlooking the Opera House, both buildings are the last of the French colonial heritage buildings on Lam Son Square. The Continental was the first hotel in Vietnam (1880) and featured significantly in Green’s The Quiet American. It also served as the central locale for the evocative film, Indochina.

Other significant heritage sites within walking distance to the above include the Fine Arts Museum (set in a grand colonial villa); the Majestic Hotel of the 1920’s and a little further afield, the Archbishops Palace – said to be the oldest colonial building in Saigon (1790).

Which of Saigon’s landmarks have you fallen in love with?

The Passage of Time

The new year of 2019 is well underway. However, in Vietnam, the old year is just ending and preparations for the Lunar New Year – Year of the pig, commencing February 5th, take center stage. Vietnam along with many Asian countries, marks the passage of time using simultaneous calendars. While the Gregorian calendar…